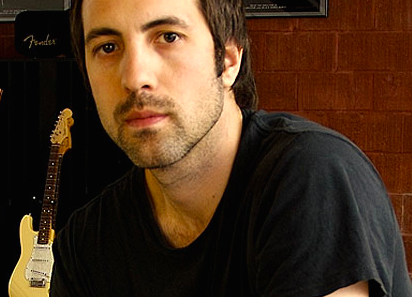 However, given the man is an enterprise, Prometheus was certainly not without its merits. Amazing production design aside, the other thing it got right was music, featuring a strong soundtrack by Marc Streitenfeld. However, despite a zeitgeist when film composers such as Hans Zimmer are finally hitting the mainstream, Streitenfeld remains a relatively unknown name.

Starting with 2006’s pleasant, but forgettable A Good Year, he has often been the most consistent and overlooked aspect of Ridley Scott’s films. As versatile a composer as Scott is a director, Streitenfeld is able to transition seamlessly from one style to another – often marrying discordant elements and themes into a cohesive musical narrative. These days, he succeeds in providing a more inspired and sensical narrative than Ridley Scott’s often disjointed direction.

In A Good Year, he starts with digital tones before transitioning to organic sounds. His soundtrack sonically mirrors a narrative about a man reinventing himself and reconnecting with his own humanity.

In the opening scenes of the film, Streitenfeld helps channel a callous Russell Crowe, who lectures his “lab rats” at the oppressive offices of an investment company. This is paired with harsh, dystopian distortion. The music feels overbearing and unsettling, characterizing the place to perfection. As the story shifts to the country side, Streintenfeld transitions to mirthful, earthy melodies that feel cathartic. You can feel a weight lifting, which effectively conveys Russell Crowe’s evolution.

For 2012’s The Grey, Streitenfeld helped create one of the most poetic endings in recent memory (both literally and figuratively). The film’s final scene serves as an emotional and musical crescendo, bringing all its constitutive parts to a climax. In an ending where Liam Neeson fights a wolf, if anything wasn’t pitch perfect, the film would have become the farce that most people were pouring into theaters to see.

In the end, one of the few other things that Prometheus got right was the adage: “big things have small beginnings”. Fittingly, Marc Streitenfeld has outgrown his modest beginnings with Ridley Scott to become the next big thing in film scoring.