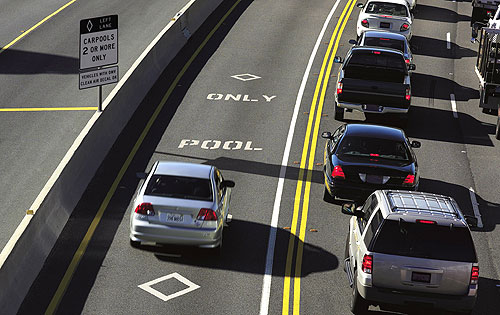 After months of searching, you’ve finally found your match. It only took a couple of awkward one-offs and a healthy dose of weird, but you’ve done it. And then before you know it, the phone stops ringing, the text stop coming, and you avoid each other in the halls. But that’s O.K. It’s fine. Totally copacetic. It was just a casual, no pressure arrangement anyway.

I’m not talking about Tinder though; I’m talking car pooling. But wouldn’t you know it, like Tinder, there are rules at play. Hell, there’s etiquette. Because you were none the wise, you probably blew it. And since you did, you’re probably wondering what you could’ve done differently.

Was it your morning breath? Your overuse of cologne? Did you talk too much? Too little? Did you get too personal? Was it the follow through? Were you too eager?

For most, like dating, carpooling is an intimate and precarious dance between distance and intimacy. It may seem confusing and arbitrary, but fear not, here’s a guide to locking in that perfect carpool. And yes, all these rules are perfectly transferrable to Tinder. So there’s your two for one.