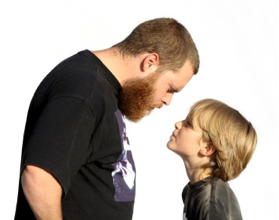 Whether we can appreciate it or not, we are all currently living in the midst of a revolution – a media revolution. And while the rest of us can afford to take it for granted, brands certainly cannot. New media is quickly coming to define an entirely new landscape – one formerly characterized by broadcast mediums such as print, radio and television.

To no one’s great surprise, social media is at the forefront of the new media revolution, introducing a new paradigm of very social and very coordinated consumer behavior. In this, it has given consumers unparalleled ability not only to talk back to brands, but to each other.

Given this fundamental shift, it is now imperative for brands to actively redefine their place in a new media landscape and learn to serve their consumers like never before. That means ditching their old media mindset. Just as with any period of revolution, they can no longer resist institutional change. Now is the time to reform or die.

To this day, only a minority of brands have treated social media as anything more than a fad. Regarding new media as a transient moment, they have resisted the structural changes necessary to thrive in a new media world. Rather than adapting, they have merely resolved to acquiesce, transplanting an old media mindset into a new media environment. Smiling complacently, they brought a butter knife to a gunfight.

As a result, participation in social media for most brands has been largely characterized by an outdated broadcast mentality. Relishing the spotlight, they have monopolized the conversation and pushed out polished, prosaic messaging. Further, they have obsessively tried to control where that messaging goes and how it is received. When they have been lucky, these “tactics” have fallen on deaf ears. At other times, they’ve wound up nursing wounded egos after encountering severe backlash. In either case, they have ended up none the wiser, left scratching their heads and asking, “what could have possibly gone wrong?”

Not surprisingly, in a reactive media environment, a passive media approach of blasting out refined messages just doesn’t cut it. New media platforms aren’t brand platforms, they’re people platforms. So, brands need to learn to step down and learn a little humility. But therein lays the problem: in an old media world, brands have become increasingly bad at being, well, human.

This has never been more evident than on Twitter, where they have awkwardly skirted the highly personal nature of the platform. Creating corporate personas and department level handles, brands have often dodged direct accountability. While they’ve been reasonably adept at mollifying consumer unrest and helping trouble-shoot issues, they have often failed to establish any meaningful (i.e. human) connection with their audiences.

Cult of the Brand

Brands may have been grand masters of the old media domain, but are clueless when it comes to the human nuances of the new media landscape. More worryingly, over the years, the old media regime has facilitated a self-perpetuating cult of the brand. Like an out-of-touch monarch, brands effectively insulated themselves from their audiences, becoming increasingly oblivious to their needs and lamentations. And until recently, they’ve been able to get away with it.

However, new media has precipitated a very dramatic shift in the traditional balance of power. Disenfranchised consumers now have the power to not only speak out, but to organize. By providing highly effective social tools for voice and coordination, new media has given power back to the people. They are now fully equipped to topple old media regimes fueled by brand hubris.

If brands are to survive this historic moment, they must step back and relearn to serve their consumers. More than anything, they must acknowledge that the lessons of old media are increasingly serving as a handicap in a reactive media environment. Brands must abolish their cult of self and exalt the consumer above all brand considerations. Most importantly, they must ask how they can become a function of their consumers once again.

The first lesson is to avoid the gloss and glitz that old media has traditionally demanded. While it may provide for a level of confidence in old media executives, it’s entirely too sterile for new media participants who have come to expect a level of, well, participation. Rather than a finished product, they prefer to be handed off a project to which they can actually contribute. No longer satisfied with just being passive consumers of media, consumers now have the tools, paired with talent and tenacity, to be active producers and contributors. So, why not let them?

Enlisting users to help realize a marketing campaign automatically turns them into vested stakeholders of your brand. In this, your brand becomes a vehicle for self-expression that celebrates their individuality.

Expedia’s “Find Yours” campaign serves as a prime example of this strategy. Co-opting users to submit videos of their travels and experiences, it amalgamated the submissions into a very effective and very evocative campaign that has reinvented perceptions of the brand. Bypassing high production values in place of amateur video created a very authentic and human effect. In the end, Expedia effectively leveraged new media to crowd source the creation and promotion of the campaign, paving the way for the campaign’s success.

Typically, digital campaigns leave no room for such new media collaboration. Moreover, consumers are growing to reject polish, which has become synonymous with “fake” and “soulless”. In a new media world, “engineered to perfection” is not a laudable label, but a shameful moniker. Brands must learn to be imperfect, for to ere is to be human.

Perhaps the one film that speaks to this new media mentality is Be Kind Rewind (despite failing to speak to audiences). In the film, characters participate in what they deem as sweding – recreating films with shoestring budgets. Although this is initially borne out of necessity, it soon becomes an exercise of passion and creativity that inspires others. The results are unrefined, imaginative and entirely compelling. Rather than being fueled by sterile effects and big budgets, these recreations are animated by raw passion and shared cultural experience.

This behavior perfectly captures the ethos of new media, which is really about expression and shared experience. New media platforms have democratized the tools of production and increased expressive capability like never before. People can now produce, publish and publicize their creativity in one fell swoop. Social media platforms expand their reach even further. When they’re not producing, they can share and congregate around products of their creativity.

Brands must ask themselves how they can help serve these aims, rather than distracting consumers from them. A social media strategy marked by shameless plugs and veiled ads produces a lot of noise and actively creates negative value in the space. And creating negative value in the social space can have far reaching repercussion. People don’t go on social media to find coupons, see advertisements or purchase products. People participate on social media because of other people. Brands should look to provide new media participants with springboards to express themselves and realize these personal connections. That is the truly the biggest value proposition that any brand can provide in the space.

In the simplest sense, your brand can be something that people congregate around – a sort of digital vantage point. Like a noteworthy item at a party, it can draw in visitors, spurring engagement and conversation. But despite serving as the centerpiece of the conversation, companies can never take for granted that people are there for the party, not the brand. As such, they must avoid hijacking conversations, but facilitate an environment that supports them.

Once your brand has mastered the art of throwing a good party on a consistent basis, it has effectively created a community. However, maintaining communities means creating consistent value for members; and that’s no simple task. Keeping a great party alive can be more challenging than organizing one in the first place. When it comes to social media, value derives from involving and rewarding members in meaningful and unique ways – and that doesn’t just mean financial incentives in the form of discounts or rebates. In the land of new media, the dollar is perpetually weak and reputation is the new currency.

As a result, rewards can no longer be purely monetary (i.e. coupons, discounts, promotions), but must appeal to the audience’s new appetite for publicity and the digital spotlight. Creating contests and awarding winners with reputation rewards actively turns members into brand evangelists. Because reputation rewards are highly public (i.e. taking part in a commercial, having a jingle featured), they work to built brand equity. Moreover, reputation rewards only have value within the existing community, which reinforces committed, long-term involvement and participation. Co-opting members and rewarding them in meaningful ways effectively fosters a sustained atmosphere of trust, community and collaboration.

Many brands shudder at the thought of a runaway social media campaign. As a result, they reject the collaborative nature of new media entirely. These fears cause them to relapse into the old media mindset of broadcasting and monopolizing conversations. A monologue, after all, is much easier to manage than conversation. When their social media campaigns take on a life of their own, brands grapple with users, destroying any existing trust and confidence that they have achieved in this space.

This reaction demonstrates a fundamental lack of understanding of the new media environment. While brands certainly should have a plan and intended outcome for their campaigns, they should also be prepared to lose some control. This requires brands to develop a degree of risk tolerance that they’re not conditioned to accept in a world of glitz and PR. However, they must refrain from going into crisis mode when things don’t go exactly as planned. Most of all, they should never pull the plug and go dark.

The complexity of a reactive media environment means that few things can be anticipated, much less controlled. But here’s the best part; if you’ve managed to organize a committed and healthy community around your brand, it will self-police. If members are truly invested in your brand, they will protect it. The worst thing you can do is to censor or eliminate any unintended response. Even if members do hijack campaigns and voice grievances, taking the opportunity to open up a healthy dialogue is much more prudent than shutting down the conversation.

In fact, losing control is the true test of a brand’s social media efforts and new media imprint. If it has managed to leave a meaningful mark on the new media landscape, its followers will assure its survival. While crises can make new media appear as a hostile and unforgiving environment, they can also serve to strengthen communities and galvanize devoted followers. Sociology teaches us that even when groups lose members during times of crisis, remaining members often become even more devout. As a result, bad situations can actually serve to create brand evangelists.

While the new media landscape can often appear like a battle on too many fronts, it enables brands to foster meaningful and long-standing relationships with its customers to create loyal allies in the space. It is these invaluable partnerships that will enable brands to prevail and prosper in the greater war for relevance and consumer attention in the new digital age.