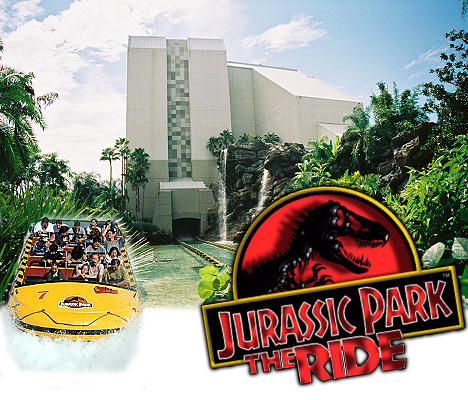 If 2012 was defined by “Google Plus”, “Authorship” and “Penguin” (as an extension of “Panda”), 2013 is bound to be remembered as the year of the “content strategy”. In a way, 2012 was about setting the foundation for 2013. As a result, we should all prepare ourselves for a deluge of content in the coming year. For search engines, this represents a daunting challenge of sifting through and filtering out what will inevitably be a whole lotta junk. For brands, the challenge will be to rise above the rubbish. In order to differentiate their content from the lot, brands should take inspiration from an industry that has mastered the art of content creation: Hollywood.

The film industry has not only made billions on the content itself through film receipts, but has capitalized on merchandising – licensing rights for the creation of products that the films themselves serve to promote. Given this, we can regard films as a sort of content strategy for the promotion of products like plushes, toys, backpacks and even rides. So, what 2013 really represents is a new standard of quality and scope for content. Brands must assume this new standard when devising their content strategies in order to stand out now and remain relevant in the future.

Developed simultaneously as a film and a ride, Jurassic Park (1993) can be regarded as a successful content strategy for the ride, as well as the merchandise that followed. In the end, the result was so compelling and effective (i.e. profitable) because product and content were so well intertwined. And while the film has grossed nearly $1 billion worldwide, it has reaped even more from merchandise sales. Today, Jurassic Park doesn’t just stand as a seminal film, but as an iconic brand.

For the film, the road to merchandising began even before the novel was complete. Spielberg began discussions with Michael Crichton over the project as early as 1989 and Crichton was negotiating his for the rights before the book was published. Construction of the iconic Universal Studios ride began in 1990 during the early phases of production for the film. In fact, at a whopping $110 million, the cost of the ride eclipsed the entire production budget for the film, which required a paltry $63 million by comparison.

By the time the film was released in 1993 (the ride still standing 3 years away from completion), Universal had spent a reported $65 million on marketing the film. Furthermore, it had made deals with hundreds of companies to market a dizzying array of over one thousand products. It seems that Spielberg had taken a lesson from the book of long-time friend George Lucas – himself the master of merchandising who has to-date earned $12 billion just on Star Wars themed toys.

However, despite his tremendous (and often derided) success, Lucas also serves as a cautionary tale, having let commercial considerations dictate his creative decisions. For example, the much lamented addition of Jar Jar Binks to the franchise in the Phantom Menace (1999) was designed to appeal to younger audiences, much like the Ewoks in Return of the Jedi. And there’s nothing children love more than toys of their favorite characters.

With Jar Jar, Lucas seemed to resolutely embrace the role of marketer over filmmaker. As a result, children everywhere cherish their Jar Jar plushes while Star Wars fans try to expunge any trace of the character (going as far as creating the Jar Jar-less “Phantom Edit” of the film). Lucas compromised the quality of his content with a calculated commercial decision; and fans took note. In fact, were Phantom Menace internet content, Google would probably flag it.

Brands must resist this temptation to create thin, advertorial content that puts product considerations first. Even if you do manage to fool search engines, you won’t fool people. Worse than that, people can be much more sensitive and reactionary in these instances. While search engines may penalize your site, people will penalize your brand by lashing out against it online. That’s way more damaging in the long run.

The simple lesson here is: people don’t like to be marketed to, especially when it becomes flagrant enough to compromise their enjoyment of the content. People do like to be entertained and informed. When marketing considerations override good creative decisions, it’s entirely transparent to audiences.

The key to a good content strategy is not only high quality standards, but restraint. That means putting content ahead of product. This demonstrates respect for your audience and their attention, which is only getting harder to grab and retain. Your brand really can’t afford to lose it.

For everyone outside of Hollywood, this strategy may sound entirely questionable because content doesn’t produce revenue unless you’re in the movie business. However, thanks to Google, it can. Good content brings big rewards in the form of links and social signals, which are essentially digital currency. It is this digital currency that buys rankings and exposes new audiences to your brand, paving the way for actual sales. Moreover, good content creates a halo effect, generating engagement and building your brand equity among your current audience, creating brand evangelists.

Many forward looking brands like Red Bull have already taken active steps in this content direction. Creating a content arm called Red Bull Media House, the company has made a very big commitment to quality content creation. Its 2011 documentary film, The Art of Flight, was a visually stunning look at never-before-done snowboarding feats. Despite not directly promoting product, it reinforced the brand ethos of risk-taking, adventure and fun. People took note, sending the film to the top of the iTunes charts. Google did too, sending the film to the top of results for terms like “snowboarding movie” and “snowboarding documentary”. Moreover, this has inspired content creation about the film, which was featured in countless write-ups and lists.