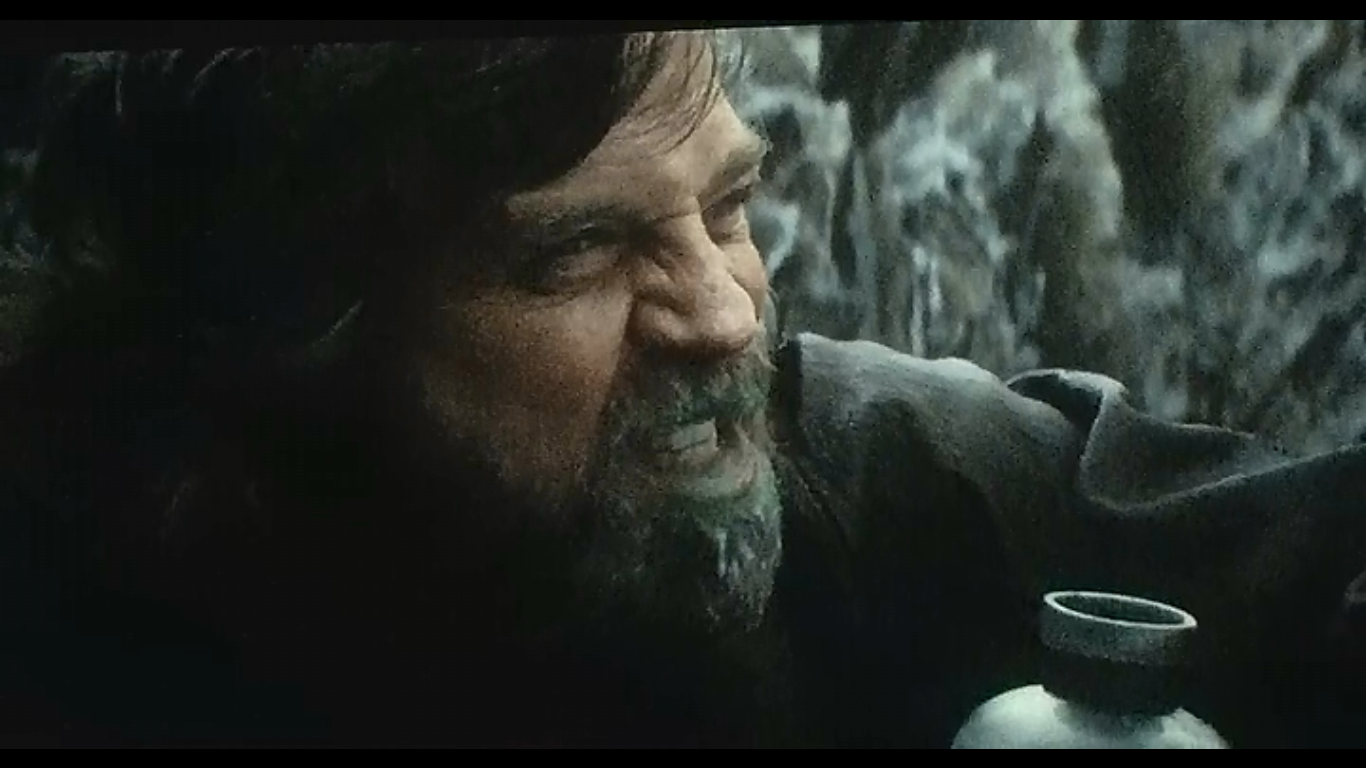 Did it need to answer the questions that The Force Awakens set up? Did it need to surpass Empire Strikes Back as the greatest Star Wars film? Did it just need to be a safe, passable continuation of the Star Wars saga?

In the face of all the baggage, it’s admirable that Rian Johnson should try and veer away from anything remotely expected. However, he takes a contrarian approach that doesn’t deftly defy expectations, but self-consciously subverts them. What’s left is a movie that’s uncomfortable in its own skin and lacking the conviction to shed it.

Like the mercurial teenager it resembles, its tone is all over the place, vacillating between earnest and goof-ball from one minute to the very next. This is padded with an overabundance of CGI character-filled scenes that provide comic relief that’s cringe-worthy in its timing and defiance of any serious moment that precedes them. Worst of all, the movie consistently makes choices that belie logic, which not only frustrates, but robs characters of meaningful story arcs.

While Vice Admiral Holdo withholding the Rebellion’s plans from Poe is questionable, Finn’s character being saved from a meaningful self-sacrifice is downright inexplicable. Finn’s final heroic moment is ruined in the name of a romantic subplot with Rose, which is a plot point that comes in from the sidelines (much like Rose coming in to save Finn). Rather than completing Finn’s transformation from a selfish coward to a resolved hero, we’re instead treated with a hollow romance.

Despite this, the movie does shine in certain scenes. It does it literally with a striking and hauntingly beautiful light-speed kamikaze. Morally provocative characters like Benicio Del Toro’s DJ give much needed dimension to the hackneyed good-vs-evil narrative, which is further challenged with a momentary alliance between Kylo Ren and Rey that looks to undermine the current order.

Confronted with criticism around its very real flaws, TLJ apologists maintain that it’s being attacked for challenging canon and featuring minority characters. This harkens back to Sony attributing the failure of the Ghostbusters remake to sexism over having female leads. It’s deflection at its worst when you bubble wrap a movie and strap it with social baggage in order to make it untouchable.

The problem with TLJ isn’t that it take risks or has minorities as leads, but that it doesn’t actually do anything interesting with any of it. For all its dismantling of Jedi cannon and moral ambiguity, it often reverts to mind-numbing CGI chases and ham-fisted moralizing. It’s reminiscent of the vapid indulgences of the prequels while lacking the sincerity of the originals. In the end, what’s wrong with TLJ aren’t these departures, but a seeming lack of faith in itself to commit to them.