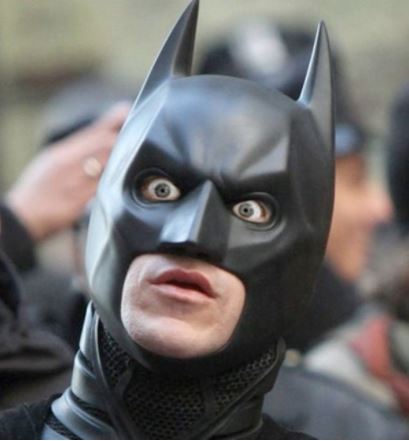 In the years since their release, much has been written about Christopher Nolan’s Batman films and the themes they represent. Most broadly, the themes have been reduced to fear (Batman Begins), chaos (the Dark Knight) and hope (the Dark Knight Rises). Focusing on the last (and most poorly received) film, I would argue that this is too reductive and contributes to undeservedly painting the film as the weakest entry into the series. Given the hopelessness and darker themes of the Dark Knight (2008), it’s tempting to impose “hope” as the central theme for the Dark Knight Rises (2012) in order to have it serve as the fitting conclusion to the series. However, I believe the Dark Knight Rises (2012) also effectively plays off Batman Begins (2006) and its themes around fear. The projected simplicity around the film’s central themes overlooks its more interesting, underlying themes around mortality and legacy, and strength as a character study.

While the Dark Knight (2008) introduces inscrutable and “unstoppable forces” such the Joker, making Bruce Wayne confront his limitations, the Dark Knight Rises (2012) sees him actually fighting to reconcile those struggles. The anxiety around his limitations ultimately translates to larger existential crises over mortality and legacy. Appreciating these themes and how the film explores them renders it a more thoughtful and satisfying end note than most seemed to appreciate at the time.

The following piece of dialogue reveals why it’s easy to latch onto hope as the primary theme of the film:

Bruce:
Why didn’t you just… kill me?

Bane:
You don’t fear death. You welcome it. Your punishment must be more severe.

Bane:
Yes. But not of your body… Of your soul.

Bruce:
Where am I?

Bane:
Home, where I learned the truth about despair, as will you. There’s a reason why this prison is the worst hell on earth… Hope. Every man who has rotted here over the centuries has looked up to the light and imagined climbing to freedom. So easy… So simple… And like shipwrecked men turning to sea water from uncontrollable thirst, many have died trying. I learned here that there can be no true despair without hope. So, as I terrorize Gotham, I will feed its people hope to poison their souls. I will let them believe they can survive so that you can watch them clambering over each other to stay in the sun. You can watch me torture an entire city and when you have truly understood the depth of your failure, we will fulfill Ra’s al Ghul’s destiny… We will destroy Gotham and then, when it is done and Gotham is…ashes… then you have my permission to die

While the conversation is predominantly about hope and Bane’s desire to stomp it out of Gotham (and Bruce), it’s also about Bruce’s relationship to death. What cannot be overlooked is that Bruce is able to escape the Pit not because of hope, but by embracing a fear of death. This is emblematic of the entire plot, which sees Bruce redefining his relationship to his life, death, and legacy.

Bruce’s character arc throughout the film is about untangling himself from Batman by letting the Batman in him die to allow Bruce to live. It’s a complex and realistic portrayal of the struggles of someone wanting to be a martyr, battling with the limitations of that, and finding a way to live. As the adage goes, “dying is easy, living is hard”.

Bruce’s struggle around death and life is well conveyed by the conversation in the Pit that precedes Bruce’s final, successful climb:

Doctor:
You do not fear death. You think this makes you strong. It makes you weak.

Bruce:
I do fear death. I fear dying in here while my city burns. And there’s no one there to save it.

Doctor:
Then make the climb.

Doctor:
As the child did – without the rope. Then fear will find you again.

In many ways, we see how this bookends the trilogy by balancing off the themes of the first film, which were about overcoming fear (and Bruce coopting it against his enemies as Batman). So, while the first film focused on overcoming the various fears of life, this one is about embracing fear – namely, fear of death. Bruce sheds his fear of death throughout the course of the films, which ironically makes him weaker. By losing his fear of death, he also loses his elan vital.

At the beginning of the film, we see Bruce with little appetite for life – he’s a broken recluse. Despite not fearing his death, he is still forced to confront the limitations of his life and the ultimate impact he’s made as Batman. In some ways, death offers an easier reprieve from those existential questions and failures. This conflict lends itself to the theme of legacy and extending your life by empowering others to carry forth your causes, which is how the film concludes. Part of the character journey for Bruce is realizing that Batman doesn’t need to live to continue having an impact and more importantly, that he doesn’t have to die for it. He doesn’t need to continue to carry the burden on his shoulders or make the ultimate sacrifice to legitimize his contributions.

While some people criticize the ending that sees Bruce escaping death, I believe it lends itself to a much stronger conclusion and examination around heroism. The film is ultimately a story about a man embracing the value and worth of his life separate from his larger obligations to society. Part of that arc is reconciling one’s life with your mortality and legacy so that you can enjoy living once again. This is what makes the film a success; the fact that it teaches us something profound not just about heroism, but real life.

It is precisely because Christopher Nolan’s Batman series is grounded in real human struggle that these films will stand as great cinema, not just mere superhero fiction. As such, we should be careful to judge and evaluate them by the right yardstick so that we can appreciate their true merits and contribution to cinema (as well as their true deficits). Being reductive around this film and its themes overlooked its full value upon release. I’m hopeful that time will see us re-examine and appreciate all it reveals to us about the human condition.