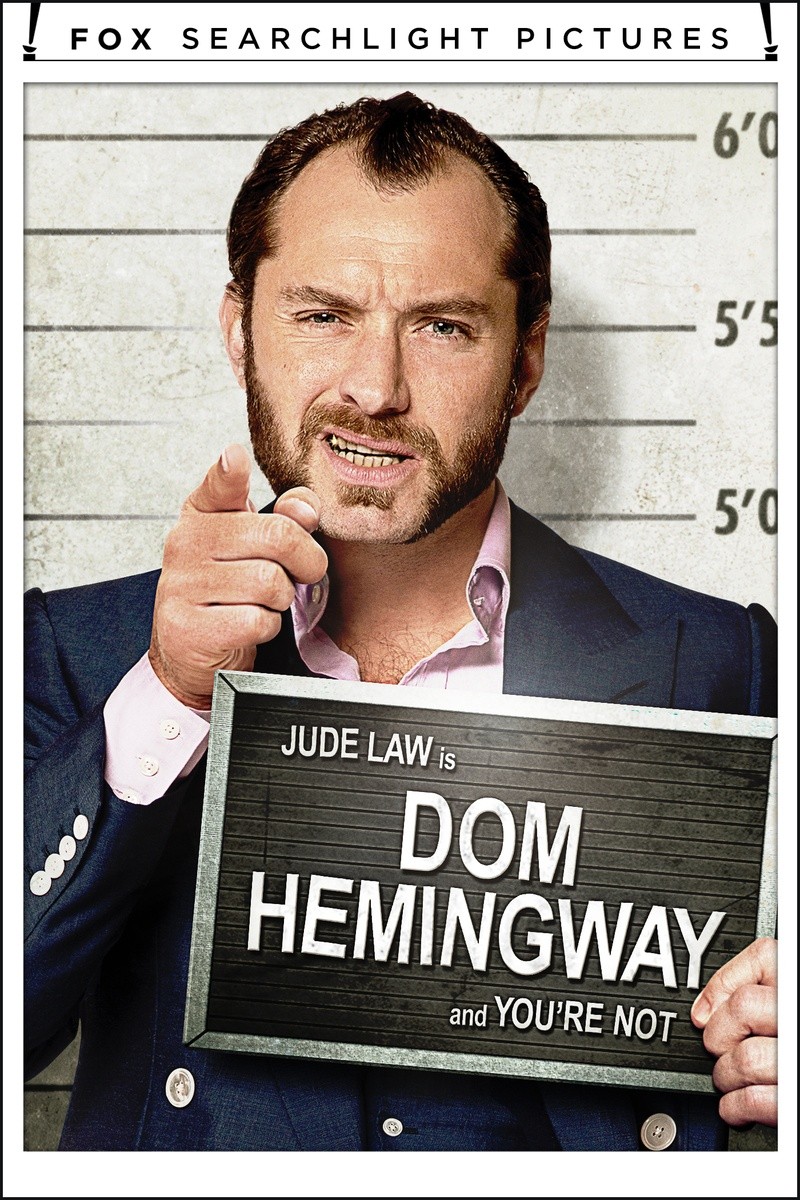 The film stars Jude Law as the titular Dom Hemingway, tracking his debased exploits as he works to get his due after 12 years in the slammer. The main plot has Dom 1) partying with hookers and blow 2) snarling and foaming at the mouth as he spouts haiku-like insults at those around him.

Jude Law overacts so hard as if trying to induce an aneurysm –  bulging his eyes like Schwarzenegger on Mars in Total Recall. In case the audience has severe autism, he even breaks it down and relents that he’s a “mess” who has “anger issues”. These spoon fed moments of remorse and self-awareness serve as a weak attempt to provide dimension to an entertaining, but superficial film.

If the movie were content to remain a Jude Law biopic about sex, drugs and vulgarity, it would have worked just fine. However, it insists on stuffing in uninspired drama, with a cliche, snooze-fest subplot about Dom trying to win back the affectations of his estranged daughter, who wants nothing to do with him. If Law is a hard sell as an uncouth mobster – donning a tailored and fashionable three piece as he struts the back alleys of Londontown – he’s an even harder sell as a father to a fully grown woman who looks more like she could play his love interest (and surely was after hours). The dual role of an ex-con and repentant father would have been better handled by someone like Ray Winstone, who would more believably hit the pitiful lows (if not the coke-snorting highs), whereas Law remains too dignified despite seemingly unraveling.

Ultimately, the movie becomes one of hard sells. The supporting cast is so weak that it feels like Jude Law is left overworked trying to create some sort of acting halo effect that elevates the dull performances around him. Jumayn Hunter, who’s meant to portray a crime lord, is about as menacing as a precocious pre-teen. As a result, an intended moment of tension, where he stands to cut off Dom’s genitalia, ends up being so ineffectual that it’s aggravating. If only intentions could win directing and acting awards.

And so, 12 Years a Convict proves to be a movie that hangs a poor script on the shoulders of a single performance, leaving you entertained, but feeling sorry for Jude Law who’s left carrying the film. Heavy is the performance that wears a poor film. Where Dom Hemingway really falters is in trying to make an incorrigible and outrageous character flawed and relatable. Its dramatic reach ends up way beyond its grasp, undermining the entire thing. It’s no wonder that the camera often stays centered on Law – he’s the only thing worthwhile about the film. In the end, it’s the film that proves incorrigible, as even his performance can’t save it.